Stress and Its Effect on Eating Disorders 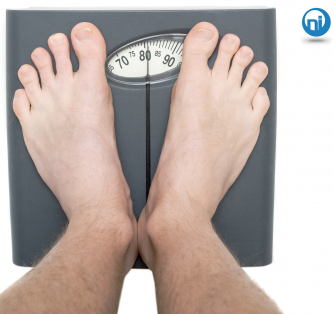 There are many people who suffer from an unhealthy relationship with food, which can ultimately lead to a negative body image. According to a study done at the University of Michigan, nearly 20% of college women have thoughts about foods and weight that consume their thoughts and dictate their behaviors. The resulting effect is often more stress and this can equate to more eating, even when the mind and body know that it is only making the problem worse. The patterns of stress eating, compulsive behaviors, guilt, and additional stress go around and around, all the while the individual grows unhealthy and more unhappy.

The Nature of Eating Disorders

Each person processes stress differently and develop ways to cope. A person who feels that life is out of control or who feels overwhelmed may turn to binge-eating or restricting their intake as a way to handle the stress they are feeling. The behaviors are bodily responses used as feeble attempts to alleviate the stress or the symptoms of it, but the reality of the situation is that an eating disorder only exacerbated them. Whether used as a comfort measure (binge- eating) or a way to gain some control (anorexia), trying to address the stress through eating only adds to the problem, adding a layer of psychical stress and increased psychological stress. Those who suffer from an eating disorder often feel increased guilt or shame after their behaviors, or they develop anxiety and fear over social situations or environments where food is present. It can also hurt their physical body as the roller coaster of nutrition, intake, and expelling is unhealthy and damaging to more than one organ in your body.

Taking Care of the Problem

There are three things that will need to happen if you are suffering from an eating disorder. An eating disorder isn’t just about breaking a bad habit. It a complete mindset and lifestyle change. 1. Speak to a Counselor. If you want to get to the root of your problem, you need to speak with someone who has experience in eating disorders. A counselor or a therapist can talk to you about your emotions or memories, and anything that might be impacting your relationship with food. While you may be able to power through certain aspects of your condition, there is something internal that needs to be addressed if you want to find a more permanent solution.

2. Take Time to De-Stress. In addition to seeking professional help, you will need to improve your stress levels. There are several ways you can do this. Performing yoga or engaging in meditation can be ways you deal with the stresses of the day. Listening to your favorite music while at work or when you are sipping herbal tea after work can also help you unwind. There are also medications that a psychiatrist may prescribe if your anxiety and emotions are considerably out of control, so be sure to follow the recommendations of a healthcare provider. 3. Get Your Weight on Track. If your weight has gotten out of hand as a result of your eating habits, you may need to find a weight loss plan that can help you regain your health. A plan like the HCG diet can start working with your body to burn through stored fat and without impacting your energy levels. If you are underweight, you can speak to a nutritionist for a safe way to get you back to an optimum, healthy weight.

If you feel that you may be suffering from an eating disorder, your first priority should be to talk to a trusted friend or loved one and seek help. Don’t pursue a dieting plan unless under the recommendation of a healthcare provider, as there may be an underlying psychological condition that is impacting your weight gain and eating habits.