Is there an HCG Diet Cancer Risk? 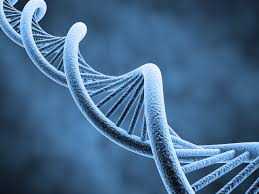 Some people have expressed the concern that there may be an HCG diet cancer risk, but there has not been any studies or evidence that correlates a higher risk of cancer with the diet. The HCG hormone is regularly used as a fertility treatment and for other medical purposes outside of the diet, and it has been approved for these uses by the FDA. If there was a known increased risk of cancer, the hormone would not be approved for medical use for fertility treatments and in other circumstances. The studies that have been performed on the hormone suggest that there may even be a decreased risk for certain cancers that may be related to HCG production. The fact is that the hormone is used in much smaller quantities for the diet than the amounts that are naturally produced by women during pregnancy, and there are no known dangers for men to take the hormone as a part of the diet.

The human chorionic gonadotropin diet has been in used for several decades, and during this period of time there has been no evidence to suggest that it increases cancer risk in any way. There have been several clinical studies on the diet that have confirmed this. If there was an increased risk for cancer, it would have been noticed during the past fifty years, and the hormone would not be approved for use in the different medical procedures where it is commonly used. There are some side effects to the treatment that have been noticed during this period of time, but there is no indication that the hormone injections increase the risk of cancer or any other long term chronic illnesses.

HCG has been shown to reduce the risk of breast cancer

In studies that have been performed regarding HCG and cancer risk, the hormone has been shown to possibly reduce the risk or spread of some cancers like breast cancer. The study by Dr. Irma Russo found that HCG can reduce the tumor size in metastatic breast cancer patients. In animal studies, the hormone was found to prevent mammary tumor growth. Other hormones like estrogen have been shown to potentially increase tumor size for some forms of cancer, however, human chorionic gonadotropin was not found to increase risk. There is evidence to suggest that the use of the hormone may reduce the risk of some forms of cancer, and there is a definite correlation between having a lower body weight and lower body fat percentage and having a reduced risk of several forms of cancer.

Being overweight comes with a risk of some forms of cancer

One important thing to consider is that being overweight is correlated with an increased risk of some forms of cancer. Obesity is associated with a higher risk of several forms of cancer. Some of the types of cancer that obesity is associated with include kidney, gallbladder, esophagus, colon and rectal, breast, thyroid, and endometrial. Research  suggests that up to 80,000 or more new cancer cases every year in the United States are attributable to obesity. Just a small reduction in BMI of 1 percent is thought to potentially reduce cancers in the United States by several thousand per year, and lowering your BMI is one of the most important things that you can do to reduce your cancer risk. It is clear that the HCG diet does not increase your risk of cancer in any way, and instead can reduce your risk of cancer dramatically, both in the short and long term.

It is important to keep in mind that losing weight is one of the most important things that you can do to reduce your risk of several forms of cancer. The HCG hormone has never been proven to increase your risk of developing cancer, and keep in mind that if you use the hormone for the diet, that you will be limited to using it for just 3 or 6 weeks at a time, at a very low dose, much lower than what is naturally produced by the body during pregnancy. Being overweight actually leads to imbalances with other hormones in the body, which in turn causes an increased risk of several forms of cancer, and obesity contributes to cancer risk in other ways as well.

Obesity causes cancer in many ways

Some of the other ways that obesity can lead to cancer is by increasing inflammation in the body, increasing compounds that can cause tumor growth, increasing insulin levels in the body which can cause an increase in the growth rate of certain tumors, and more. Fat cells produce estrogen, and a high level of estrogen is associated with several types of cancer such as endometrial and breast cancer. Fat cells also produce hormones called adipokines that can increase tumor cell growth. One of the hormones is leptin, which is produced in greater quantities in obese people and is thought to potentially be associated with some forms of cancer. Being overweight is also associated with a slightly higher risk of postmenopausal breast cancer, which is thought to be related to increased estrogen levels in the body which can cause the growth of estrogen responsive tumors.

The link between body weight and cancer is not fully understood

It should be noted that the link between body weight and cancer is not completely understood, but it is a real link. The reasons mentioned above are thought to be associated with the increased risk of cancer, and the evidence suggests that losing weight is an effective way to reduce the risk of developing several forms of cancer. As research continues to be performed on cancer, the specific scientific reasons as to how obesity causes cancer and how losing weight can lower a person's risk of cancer will become clear. No matter what, you can never go wrong by losing weight and maintaining a healthy weight, as there is a lower risk of several illnesses including cancer when you lose weight, and there are many health benefits and incentives to losing as much weight as possible.

If you are concerned about being overweight or obese and the risk of chronic illnesses like cancer, heart disease, diabetes, hypertension and other potentially debilitating illnesses, you should strongly consider trying the HCG diet. The diet has proven to be a safe and effective way of treating obesity, and the weight loss that you can experience on the diet is much faster than other methods. It is a fast way to reduce your BMI and reverse much of the damage to your body that a poor diet and sedentary lifestyle can cause, and it can result in dramatic changes to your body's chemistry. Losing weight is one of the best things that you can do to improve your health and reduce your risk of developing cancer and other illnesses. Although the science that explains the connection between weight and cancer risk is still being researched, there is no doubt that the HCG diet does not cause cancer and can almost certainly reduce your risk of several illnesses including cancer.