Is the HCG Diet a Cure for Obesity? 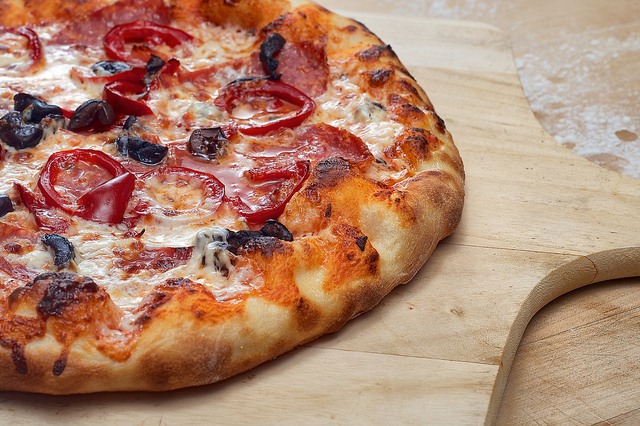 The HCG Diet a Cure for Obesity?

The obesity range is determined by weight and height

Obesity ranges are determined based on a person's height and weight, which are both used to calculate BMI. Those with a BMI between 25 and 29.9 are overweight, and adults with a BMI of 30 or higher are obese. The HCG diet was designed to directly address the root causes of obesity. For an adult who is 5'9' a normal BMI is between 18.5 and 24.9, or 125 lbs to 169 lbs. Generally, a person who is obese has a body weight that is 20% higher than what it should be.

Obesity leads to several different health problems. One of the most significant problems it can lead to issues such as coronary artery disease, high blood pressure, stroke, type 2 diabetes, metabolic syndrome, cancer, arthritis, sleep apnea and several other health problems. As a person's body mass index increases they have an increased risk of developing coronary artery disease. A substance called plaque starts to build up inside of the arteries as weight increases, and these plaques cause a narrowing in in the arteries that carry blood to the heart. This can result in several symptoms such as chest pain and can cause a heart attack if the artery is completely blocked.

High blood pressure results from the force of the blood being pressed against the walls of the arteries. High blood pressure can cause chronic problems in the body such as heart failure, stroke, kidney failure and more. Those who are obese have a higher risk of developing high blood pressure, and it is important for nearly everyone to get their blood pressure checked during every physical to ensure that it is at a normal level. Other illnesses like stroke and metabolic syndrome are tied to obesity, having an apple shaped body, extra fat in the waist area, a high triglyceride level and many other health problems that result from obesity.

The human chorionic gonadotropin diet addresses obesity directly because it specifically focuses on burning abnormal fat as much as possible. Abnormal fat was classified by the creator of the HCG diet, Dr. A.T.W. Simeons, as any fat that is unnecessary for what the body needs to cushion tissues and for reserve energy. The diet focuses on burning this fat as quickly as possible, over a period of just three weeks, and it has sometimes incredible results depending on the person and how quickly they stick to the diet.

Although the diet restricts caloric intake substantially, down to just 500 calories per day, it is effective and it uses the hormone in order to compensate for the lower calorie intake. The hormone burns abnormal fat and "unlocks" it so that the body can use this fat as a fuel source. Those who complete one course of the diet usually find fat from their most stubborn parts of the body is lost, and this has to do with the fat unlocking effect of the hormone.

Obese patients have found that the diet is extremely effective and one of the best alternatives to gastric bypass surgery. This surgery has dozens of risks and can even result in death. A diet like the HCG hormone diet may seem a bit extreme with the calorie restriction, but no person has ever had serious health complications from this diet like they may have with gastric bypass surgery. The diet results in weight loss that is comparable to what gastric bypass surgery would provide without any surgery at all. Clearly if a person is making a decision on whether or not to try surgery they would benefit from trying the hormone diet for one round at the very least.

In many circumstances, the hormone diet can be highly effective at reducing obesity symptoms and even reversing some of the potential effects of obesity such as hypertension and Type 2 diabetes. The diet is very low in carbohydrates and eliminates sugar and starch completely for a long period of three weeks (at minimum). As a result, the body has time to heal and recover. Insulin sensitivity can return during this period of time, and it is thought that insulin resistance by the cells of the body are a primary cause of diabetes.

The diet can treat obesity at a relatively low cost

Without a doubt, the relatively low cost of the HCG diet compared to some of the alternative obesity treatments is well worth the money and effort. The diet at Nu Image Medical costs $297 for the three week diet, however a complicated procedure like a gastric bypass surgery will  cost tens of thousands of dollars. Even some of the other obesity treatments such as regular meetings with nutritionists, physician supervised weight loss, and behavior modification can add up to cost tens of thousands of dollars.

Studies continue to show that the HCG diet is effective at decreasing weight and body fat. Many dieters lose up to one pound of abnormal body fat every day while on the diet, and nearly every dieter goes through massive body change during the diet. The hormone diet was carefully designed to be safe in spite of its rapid fat loss, and the diet is performed under medical supervision at most professional clinics. There are also thousands of testimonials from dieters who have experienced a massive amount of weight loss and major body transformations. For people who are in desperate need of a fast solution to help cure their obesity, there are few treatments like the human chorionic gonadotropin diet that can effectively and safely reduce a large amount of fat. Other diets lack the benefits that the hormone provides such as making abnormal fat more easily available to be burned as fuel and avoiding lean muscle loss.

Those who are on the diet are advised to consume a substantial amount of protein every day compared to the calorie total, and protein is consumed at both meals. The rest of the diet is mostly fruits and vegetables with the allowance of one small Grissini breadstick or Melba toast. These small carbohydrate allowance is not thought to affect the diet at all, however some dieters avoid eating these. Most of the modern protocols for the HCG hormone diet are based on Dr. A.T.W. Simeons' original diet protocol, but several have deviated from that clinically tested protocol.

If you are interested in going on the diet as a way to help reduce your weight, treat obesity, or simply reduce your body fat percentage, click here to speak to a representative at Nu Image Medical today.