Human Chorionic Gonadotropin and the purpose it serves 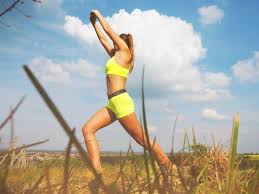 The hormone Human Chorionic Gonadotropin, better known as HCG, is produced at the time of pregnancy. It is constructed by cells which form the placenta, nourish the fertilized egg, and then attaches to the uterine wall. HCG levels can be initially detected through a blood test about eleven days after an egg has been fertilized after conception. Urine tests will also be able to detect it's presence about twelve to fourteen days after conception. Normally, HCG levels are known to double every three days with the levels reaching their highest peak in the first eight to eleven weeks of pregnancy, and then gradually decline and level off during the remaining course of it.

In almost eighty five percent of normal pregnancies, HCG levels usually double every forty eight to seventy two hours. Gradually, as the pregnancy runs it's course, the rate of increase of the levels of the hormone will double to ninety sex hours. Any HCG level which is below 5mlU/ml is considered to be unfavorable for pregnancy while anything over 25mlU/ml is considered to be a favorable HCG level for pregnancy but you should be careful when looking at HCG numbers and should not use them as the reference point for a healthy pregnancy. Women with low levels of the hormone have given birth to perfectly normal, healthy babies, and you should wait for the ultrasound result after about six weeks of gestation before coming to a conclusion. The official unit to measure HCG hormone level is milli-international unit per milliliter. (mlU/ml)

A low HCG level can be the indicator of quite a few things. Women who have low levels of HCG need to be tested every forty eight to seventy two hours to determine how the level is changing, and a few symptoms of this are possible miscarriage or miscalculation of conception dating. A high HCG level, on the other hand, can indicate many things, and women with high levels should also get themselves rechecked every forty eight to seventy two hours to determine the levels, and a few indicators of high HCG are things like multiple pregnancy and molar pregnancy. Nothing should really cause a change in the levels of HCG in a pregnant woman except for medications that are known to contain HCG itself. These medication are often used to treat fertile incompetence, and your doctor should inform you about the effect of HCG medication and what will happen to your levels. Other things like pain relievers, antibiotics, contraception, and other hormonal medicines are not known to have caused any effect on the HCG test.

Scientists have also recently learned the Human Chorionic Gonadotropin may be released prior to implantation to support the implantation of an embryo. One 2014 study of two hundred and ten women going for In-Vitro Fertilization, also known as IVF, reports that the intrauterine injection of HCG before an embryo transfer during IVF showed a significant increase in the implantation and pregnancy rates for those receiving the HCG injection over those who did not.

HCG is used as an injectable medication prescribed for medical infertility treatment. HCG is administered during a physician assisted fertility treatment in a variety of different situations when anovulation is a problem.  Anovulation is when the ovaries to not release an oocyte, a germ cell involved in reproduction,  during a menstrual cycle. Therefor, ovulation does not take place. However, a woman who does not ovulate at each menstrual cycle is not necessarily going through menopause. Chronic anovulation is a common cause of infertility.

HCG is believed to increase the probability that more healthy eggs are released from the ovaries. HCG injections are also used in controlled ovarian hyper-stimulation to induce or trigger ovulation for women with PCOS, PCOS being Polycystic ovary syndrome, which is a problem in which a woman's hormones are out of balance and causes it to be difficult to get pregnant. HCG injections are often used when other medications have been taken to induce ovulation and failed.

HCG has also been used to treat other fertility conditions, like increasing sperm count in men with low sperm counts, and stimulating the development of underdeveloped testes in young boys, as well as maintaining progesterone production in the first few days after insemination.  Progesterone being a hormone that plays a role in maintaining pregnancy, and is produced in the ovaries and the adrenal glands, and regulates the monthly menstrual cycle.

The body is known to manufacture two types of gonadotropins, namely the Lutenizing hormone, also known as LH, and the follicile-stimulating hormone, known as FSH. After production of these hormones by the pituitary gland, the production of other sex hormones is triggered by the gonadotropins, which means that these are important factors in sperm and egg production, as well as in facilitating the development of both male and female hair, muscle, voice, and breast development.

Recombiant human follicle-stimulating hormone (r-hFSH) and human menopausal gonodotropin, known as HMG, are fertility drugs based on gonadotropin. hMG consits of natural LH and FSH, from the urine of postmenopausal women. Postmenopausal women are known to produce of large quantities of gonadotropins, which are strained out through urine. r-hFSH on the other hand is genetically synthesized in controlled lab environments.  The human chronic gonadotropin, or HCG, is quite similar to LH, and studies even revealed the HCG contains equal amounts of both LH and FSH, which play critical rolls in egg production.

Recently the most popular use for HCG is in losing weight. Studies performed as early as the 1950's proved that HCG diet shots encouraged the elimination of fat cells when on a caloric restriction diet. The HCG diet injections, both used with and without the addition of vitamin B12, enables the body to distribute its effect on fat cells rather than muscle tissue. This allows the body to retain lean muscle without taking any of the valuable nutrition from other functioning cells, and forces the body to take the energy it needs from fat stores, especially around the hips and waist, enabling weight loss while on the caloric restriction diet, popularly known as the HCG diet protocol.

The human body is composed of many different kinds of fats, with some of these fats being important, and even essential, to providing nutrition and protecting vital organs from injury. Not all fats are created equal however, and excess fat is a problem as it's stored in areas around the thighs, stomach, hips, bottom, and others throughout the body. HCG, when used on the diet protocol, is the fat that is targeted by the injection program because it has been found that administering a series of Human Chorionic Gonadotropin  weight loss injections in conjunction with the low calorie HCG diet protocol results in the mobilization in this excess fat, and encourages sustainable and rapid weight loss.

Daily caloric consumption on the HCG low calorie diet includes small, palm sized portions of protein, fruit and vegetables that are consumed several times throughout the day. As a result, a dedicated following of the program can lead to a significant amount of weight loss, up to one to two pounds of fat a day. The actual injection of the hormone itself in daily doses is essential to the success of the program, as the HCG is essential to help the essential fats and muscle tissues are retained during the period of extreme caloric restriction.

The usage of the ratio of micro-nutrients, plus the injectable HCG over the four to eight week diet period enables the metabolism to reset itself in a way. Your metabolism adjusts to the new diet while the HCG kick-starts the burning of fat cells. Most of the weight loss should and usually occurs during the four to eight week period, and once the diet comes to a complete end, your metabolism should continue functioning as it was during the diet, at peak performance. Of course, in order for the diet to be successfully carried out, the four phases of the diet being followed to the letter is certainly essential.

A breif overview of the phases goes pretty much as follows, though there may be some variance depending on the prescribing physician or company. Phase one, often called the loading phase, encourages a high caloric consumption in an effort to build up fat stores. This is often the stage most people enjoy, although it needs to be made clear that this is not just a gorging period, but one to take deliberate steps to make sure you have the best chance of weight loss that you want with the diet.

Phase two can last from around twenty days at the least, to forty days at the most, depending once again on the doctor and the company. It is during phase two of the HCG diet that calories are drastically restricted and even though human chorionic gonadotropin is believed to help suppresses the appetite many people eat for reasons unrelated to hunger. Stress and social events are among some of the most common reasons people break out of the diet plan, so if you want to get all the way through the diet, make sure to avoid stressful situations and even parties and gatherings for the duration.

The third phase requires a few additional weeks on the program, and is known as the stabilization phase, in which you don't inject anymore of the hormone, but you still weigh yourself daily and slowly increase your caloric intake while making sure your weight loss either continues or stabilizes.

The final phase is often referred to as the 'maintenance phase' or the 'rest of your life phase'. The simple gist of this phase is a change in lifestyle that you plan on keeping for the rest of your days, and involves things such as changing old eating habits and avoiding rebound weight gain. The HCG diet helps not only with the initial loss of the weight and fat that you desired, but helps teach you the discipline you'll need to make the above mentioned changes to your life, and is a doorway to a healthier diet and lifestyle that recognizes going back to how you ate before the HCG program that helped you to lose all the weight is not the way to ensure long term success and happiness.