How Long Does It Take to Lose Weight on HGH? 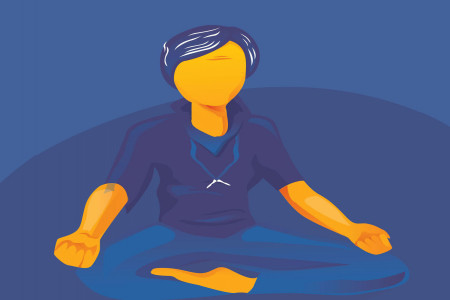 HGH (human growth hormone) has recently become a trendy way to lose weight and stay young. Depending on how the therapy is given, you can enjoy weight loss without ever having to exercise. The length of time required to start losing weight with HGH varies

Researchers ran innumerable studies that focus on HGH and body fat reduction. Many studies have shown individuals experiencing a 14 percent reduction in body fat with no additional exercising or dieting. One such study was performed on nine men ranging in age from 60 to 80 years old. They received three HGH injections per week. In the study, the men experienced a 14 percent decrease in body fat and an 8.8 percent increase in muscle mass with no exercise. They also showed an increase in bone density at the end of the study. The results clearly showed that individuals can experience fat loss and muscle increase with no exercise. In a similar study, the University of California San Francisco studied participants who took HGH for six months. Their results showed a 13 percent fat mass reduction and an increase in muscle mass of 4 percent.

How to Take HGH

When using HGH therapy, weight loss often occurs in only weeks. However, to attain the greatest amount of fat reduction, participants usually take HGH for several months. HGH is used not only for weight loss and muscle mass recovery but also an an effective anti-aging therapy. The amount of hormone used is usually only minimal. Other options exist such as Sermorelin therapy which slowly increases the hormone levels instead of starting with a continuous HGH dosage.

What Can You Expect from HGH Therapy?

When undergoing HGH therapy, you can usually expect to lose 10 to 14 percent of your body fat in four to six months. The weight loss occurs because of the lipolytic effect of the HGH on the body. The hormone spurs the body to start metabolizing fat at an increased rate. Undoubtedly, HGH can reduce the fat levels in individuals even with no exercise. Interestingly, obese individuals usually have a significantly lower than normal level of HGH in their system so supplementing with HGH is highly beneficial. The use of HGH to spur fat loss in obese individuals is often an excellent alternative to more invasive and dangerous obesity treatments.

How Does HGH Work?

The human growth hormone (HGH) works on reducing fat mass by working with two hormone sensitive enzymes in the body: lipogenesis (gaining new fat) and lipolysis (the breakdown of stored fat). HGH in the body reduces the body’s production of lipoprotein lipase which is what the body uses to build fat reserves. Increasing the HGH in the body also lowers the number of free fatty acids that are taken up by the body’s adipose (fat) cells, which further increases the metabolism of free fatty acids that are typically stored within fat cells and never used for energy.

Abdominal fat stores are reduced with the use of HGH therapy. Of all the fat types on the body, abdominal fat has been shown to be a leading cause of heart disease and other chronic health conditions. However, HGH targets lipoprotein lipase activity in the abdominal region. Midsection fat is extremely hard for most people to lose. However, HGH targets the region for a significant reduction in the fatty build up. The hormone further reduces the free fatty acids that circulate throughout the bloodstream. At this time, the mechanism of how HGH performs remains unclear but researchers have shown that obese individuals have a lower production of human growth hormone than others. In addition, they also produce a higher level of IGF-1(insulin growth factor), which significantly inhibits the body’s production of human growth hormone.

Most individuals find that the most challenging aspect of weight loss is losing the first 5 to 10 percent of body fat but with the use of HGH the goal is easily attained. The HGH therapy assists with natural weight loss without the need for exercise. However, in some cases, the need for a combination of HGH, exercise, and caloric restrictions are advised. When used correctly, HGH helps obese individuals lose a substantial amount of weight. The use of the hormone is a perfect stepping stone to a healthier life. Your body can be reset to a more natural metabolic state with increased fat metabolism and a leaner muscle mass.

HGH treatment programs usually last for several months. You will lose weight but for even more success you can combine the HGH with diet changes and exercise. When undertaken with the guidance of a Nu Image Medical professional you can expect to lose between 10 to 14 percent fat loss.

If you are serious about trying an HGH hormone supplementation program, then you should receive medical clearance. At Nu Image Medical, we will screen all potential patients before starting any treatment program. Your hormone levels will be measured through a blood analysis to determine your specific level hormone deficiencies. After analyzing all results, a proper dosage of HGH will be prescribed and you can embark on your weight loss journey. Please contact us for more information about our Sermorelin (HGH) treatment program.