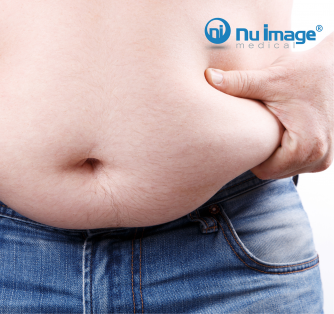 As a society, we put a high premium on the way people look, and often this results in individuals feeling a great deal of pressure to look a certain way or to weigh a certain amount. It's not surprising that one of the ways this manifests is in the widespread affliction of eating disorders in an attempt to undergo extreme weight loss. From anorexia to bulimia, many individuals find that the pressures can be overwhelming which leads to falling victim to unhealthy habits.

What is Binge Eating?

Binge eating disorder is a condition characterized by an individual compulsively eating food to excess in a single sitting. Binge eating does not have to occur specifically with healthy or unhealthy foods, as it is defined by the act of overconsuming more than by the specific foods being eaten.

When binge eating, an individual is not trying to eat to a point of satisfaction. Commonly a binger will continue to eat well past satisfaction even up to the point of reaching discomfort. It is also common for the eater to feel intense shame following an act of binging, which can sometimes result in additional binge eating episodes as a form of self-punishment. This creates a harmful and emotionally painful cycle.

•      Binge eating can trigger extreme cases of loss of self-worth. It's common for individuals to judge themselves harshly for being unable to stop their binge eating, and the resulting weight gain from binging can also contribute to self-confidence struggles.

•      Many times binge eating can result in individuals avoiding social interaction in settings where they would otherwise be comfortable, such as going out for a meal with friends or attending a party, for fear of how their habits will be perceived.

•      A common negative effect of binge eating disorder is an increased likelihood of becoming obese. Because binging leads to frequent cases of overeating, it makes it difficult to avoid gaining weight.

•      Unhealthy dietary behavior while binging can have a negative effect on vital health metrics such as cholesterol levels, vitamins and nutrient intake.

Binge Eating is a National Concern

Binge eating disorder is a common ailment, with nearly one in ten people suffering from the affliction. In nearly half of all cases, there is a genetic predisposition to the disorder. It is also commonly associated with mood disorders and anxiety. These additional disorders can work in concert with binge eating disorder with the emotional disorders contributing to the urge to binge, which in turn aggravates the binger's emotional duress.

When you or somebody you love is struggling with binge eating disorder, it is easy to get disheartened. It is not easy to beat, and even when you feel like you're past it, a single relapse can be enough to trigger further episodes. In order to maximize your chances of successfully overcoming binge eating disorder, there are several treatment options available, and the best route forward is often to combine more than one of them so that you receive many boosts to your efforts. Popular methods of defeating binge eating disorder include:

•      Working with a therapist can help you to identify potential causes for your binge eating, as well as develop response plans when feeling the urge to binge in order to reduce the frequency of binging episodes with the ultimate goal of ending binging altogether.

•      Relying on preparing your own fresh meals can help you to build healthier dieting habits and manage the availability of food in order to remove the opportunities to binge.

•      Specialized diets, like the HCG diet, focus on making healthy choices routine and reducing the impulse to binge.

Binge eating disorder is a painful and difficult disorder, but it can be beaten. By making choices to minimize the urge to binge you can improve your chances of conquering binge eating and moving forward with a happier, healthier lifestyle.