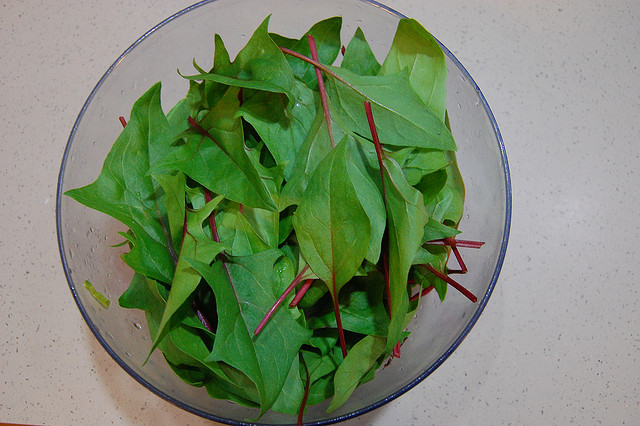 There are several different HCG diet variations that currently exist, and most of them are substantially different from the original diet protocol that was developed by Dr. Albert Simeons in the 1950s. The original protocol is currently used by Nu Image Medical, and it has proven to be the safest version of the diet because it has been widely tested. There is no way to verify the safety of many if not all of the diet variations that currently exist, and as a result it is often unsafe to try these version of the diet. With something as complicated as a hormone diet, there always has to be scientific or clinical evidence backing up any medical or dietary recommendations, but several diets have been released that are not based on scientific evidence.

There are some versions of the diet that allow a higher caloric intake: anywhere from 800 calories or more per day. This version of the diet is not used by Nu Image Medical and many other diet providers because it has not been tested, and the higher caloric intake can possibly cause problems with the fat burning effect of the HCG hormone. The higher calorie diets were created because some people believed that the 500 calorie per day diet had too few calories, but this is not true because the hormone is effective at helping the body metabolize abnormal fat. Also, no one has suffered any medical problems or has had any adverse effects from the 500 calorie per day diet.

The original diet protocol allows for only two different options in terms of the diet timeframe: three weeks and six weeks. There have been some protocols released that have a shorter timeframe, such as 15 days, or a longer timeframe than six weeks, such as 90 days. These diets are not proven to be safe or effective, and they should never be used in place of the original three or six week diet. There is no guarantee that these diets will result in weight loss, and the original three or six week periods were selected based on extensive research.

Three weeks on the diet is the minimum amount of time needed in order to see results, while six weeks is the maximum because of the problem of hormone resistance. If a person stays on the diet longer than six weeks, they run the risk of developing a resistance to the effects of HCG (human chorionic gonadotropin). Once hormone resistance develops, using multiple rounds of the HCG diet may no longer be effective. Also, the diet is known to be safe up to a period of six weeks, but it has not been extensively tested for a longer period than this, and there may be adverse effects to staying on a very low calorie diet for a period of time that is longer than six weeks.

Special dietary concerns can be addressed by a medical professional

The human chorionic gonadotropin diet can be modified if a person has special dietary concerns and cannot stick to the original protocol's recommendations for any reason. For instance, those who are vegetarian or vegans may not be able to consume meat, but there are protein substitutes such as whey protein and soy protein that may be used with the approval of a medical doctor. There also may be certain foods that a person is allergic to, and if that is the case those foods may be excluded from the diet or substituted with other natural vegetables. These types of dietary concerns are quite common, but no changes to the diet should ever be made without the approval of a medical professional.

A medical professional with experience administering the HCG diet can make recommendations for protein substitutes or other substitutes that will not cause any problems with the hormone or medical issues. This is particularly important with the hormone diet because any small change can have major ramifications, and it can dramatically change the effectiveness of the diet. A medical professional will be able to go over all of the dietary requirements that a person has and ensure that the diet is properly structured for their needs. At Nu Image Medical we always have a full medical consultation at the start of the diet, and any questions or concerns about the requirements of the diet, foods allowed, allergies and other concerns are always addressed at the start of the diet.

People who work in labor intensive jobs can still use the original diet protocol. In the majority of cases no modification needs to be made at all. This is because the original diet plan still compensates for people who have to exercise; the hormone basically burns more calories from abnormal fat to compensate for the increased energy requirement. In some rare cases the dietary requirements may need to be modified. Normally, 3.5 ounces of protein are recommended while on the diet (per meal), and this amount can be increased with the approval of the medical provider overseeing the diet. The increased protein can help with hunger and provides a more stable source of energy throughout the day.

In some cases, the daily calories for the diet may be slightly increased, but this is not common. Usually, the increased protein intake is sufficient for those with labor intensive jobs. People who have extremely physically taxing jobs may benefit from an increased caloric intake, and again this would be altered with the approval of a medical doctor. The first week of the diet can be challenging for anyone regardless of the type of work that they do, and after the first week has passed the diet is much easier from that point onward.

Other versions of the diet make other changes such as allowing the use of lotion or cosmetics with oil, allowing exercise, and changing the types of foods allowed, but all of these changes can cause problems with the hormone or medical issues. Exercise should never be performed on the HCG diet or any very low calorie diet for that matter, so any diet that recommends exercise should be completely ignored. Cosmetics with oil are known to interfere with the diet, and although it is not clear how much they affect the hormone, it is known that at least a small effect occurs, so they are always avoided for the three or six week period.

Any alterations to the types of foods allowed on the diet can definitely cause issues with the effectiveness of the hormone, and these changes can be made in some cases but they should be reviewed by the medical doctor who is overseeing the diet. If you have any questions or concerns about potential changes to your HCG diet, contact a medical professional at Nu Image Medical today for more information.