The Struggles of Females Suffering From Hair Loss 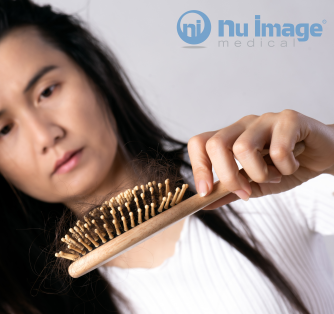 Few people have the same reaction to encountering a bald-headed woman as they would when passing by a bald man walking down the stress. In spite of social movements aimed at appreciating diversity and letting natural beauty be whatever category or condition your body is in, there is still a lot of negative attention when it comes to hair loss in women. Balding and thinning is generally more widely accepted in aging men, though almost 40% of those within the U.S. suffering from alopecia being women. The condition is distressing to both genders, but women often have a harder time coping with their hair challenges. It seems that society-and research- have a lot to contribute to this situation.

The Conditions of Balding

At first glance, there does seem to be more bald men than women hanging around the mall or filling professional positions. For true balding, androgenetic alopecia is generally to blame, though it can occur in either men or women. It is a hereditary condition that researchers believe is connected to levels of dihydrotestosterone, or DHT, in the body. Excess testosterone is believed to be converted into DHT through the skin organs that produce hair. As this substance bind to hair follicles, it causes them to shrink. Eventually, it kills healthy hair. While testosterone is called the male hormone, females also have the hormone, but not to the same extent as men. The increase in the DHT found in males is what generally leads many to believe that males have a greater struggle with hair loss, whether it be from complete balding or a receding hairline. Women can experience balding, though hair thinning is more frequent along the sides and top of the scalp. Women are also spared from near and total baldness when compared to the severity of how men experience loss.

Genetics isn’t the only thing that affects the health and longevity of your hair. Telogen effluvium is a type of loss that occurs because the body has experienced extreme stress. In females, this could be a period of time surround childbirth or an extreme dietary change for a weight loss goal.  When this stress occurs, the normal hair growth pattern skips over either the growth and resting phases and heads straight into the shedding. The loss could begin anywhere from a few weeks to three months after the experience occurs. Because of the stress that childbirth brings on women, research has found telogen effluvium is more common among women than men. It still doesn’t produce total baldness, but it is more commonplace to see clumps of hair or significant shedding each day through normal haircare routines and shampoos. Things like medication changes and iron deficiencies are also more likely to create hair challenges with women, as menstruation and the use of birth control can alter female health.

Traction alopecia is another form of loss, though this situation is attributed to harsh treatment or trauma to the hair follicles. The nature of female hair care and styling routines are often blamed for this occurrence. In some communities and cultures, hairstyles with tight braids and extensions are an extremely important part of an individual’s identity. However, the constant tugging, pulling, and strain on the hair follicles weaken them, leading to loss of damaged hair without an immediate replacement. Tight ponytails, excessive use of heated styling elements, and overuse of harsh chemicals and colorings can also lead to damaged hair.

Less common, though just as devastating, is the loss of hair from an autoimmune disease, certain medications, and thyroid disorders. Complete balding is most commonly associated with these conditions, with many recognizing the toll that chemotherapy has on an individual’s hair. In these cases, total loss of all body hair is often a side effect. Hair is often seen re-growing once the medication is no longer taken.

The Impact of Hair Loss for Women

There is no denying the harsh impact that balding or hair loss has on an individual. It is a devastating condition that can destroy one’s self-esteem and leave serious doubts about desirability and attractiveness. A person’s body image is negatively impacted, with low self-confidence having a negative impact on the overall quality of life an individual will pursue. It is common for a female to suffer from depression and anxiety over their condition, focusing on their flaws and creating a life that prefers isolation. Those that deal with noticeable thinning or shedding often avoid social engagements and do their best to remain invisible. Even though men will display these same tendencies, the experts agree that women often suffer more emotionally when they suffer from shedding and loss.

There are many who don’t understand what is happening to their hair, but too ashamed to head to a physician for help, they retreat from their friends and family. They suffer from stress and anxiety, allowing these to interfere with a good night’s sleep and a healthy lifestyle. As a result, many experience fatigue and low energy levels. This state of exhaustion can lead to poor performance at work or some neglect in the domestic priorities that are clamoring for attention. Overeating, avoiding exercise, and a lack of involvement in normal activities can lead to more serious conditions than just hair loss. But why does this progression happen? Why does it go so far? As unfair as it is, the undue pressure placed by society to be beautiful often has its roots in a fabulous head of hair. For women throughout the centuries, hair has long been a symbol of pride and beauty. It’s associated with femininity and attractiveness. As this presumption of attractiveness starts to diminish, so does the value and identity a woman has built up over the years.

The Influence of Research

Up until a few years ago, the main conversation concerning hair loss was centered on male pattern baldness. However, as more people become aware and empathetic with the plight of women and their own battle to retain their hair, research began to take a look at what could be done. Women don’t have to worry about a lack of products suited to their needs, as NuDew is a medication specifically formulated to increase hair growth in both men and women. A special proprietary blend of three medications, this unique formula works to stop loss and encourage regrowth. The three ingredients include minoxidil, ketoconazole, and finasteride, with finasteride being the ingredient that was revolutionary for men’s regrowth in Rogaine. Minoxidil works to stimulate the hair follicles into the growth phase, while finasteride works to block the production of DHT. Ketoconazole is an antifungal material that helps clear the scalp of any potential fungal interference as well as stimulate hair growth.

The Need for Restoration

Covering up conditions of shedding and widening parts with wigs, extensions, or creative hairstyles can’t erase the inner burdens of the stress, frustration, and pain that come from their hair challenges. For females, it isn’t just about restoring a healthy head of hair. It's about restoring their sense of self-worth and their dignity. In addition to the need for high-quality solutions like NuDew, females are looking for more empathy and awareness concerning the emotional and physical impact of hair loss. If you or someone you know is struggling with balding or shedding, ask a doctor about NuDew and how it can transform your hair health.