Where Will Anti-aging Be 1 Year From Now 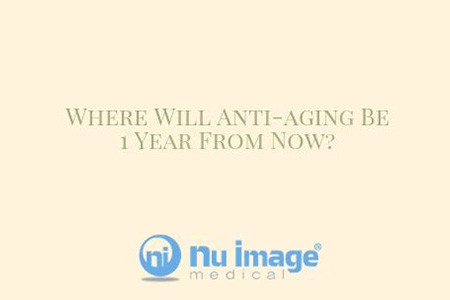 Anti-aging in the future:

No one likes looking in the mirror and not recognizing the person looking back at them. If you’ve been frustrated with the way you look and feel as you’ve gotten older, you’re not alone. But it’s important to know that, while aging is inevitable, the typical symptoms surrounding it are not.

People live longer than ever these days, but just being alive isn’t enough. You also want to feel and look good at the same time. Sometimes people believe that the aches and pains, lower energy, poor memory, and wrinkles are just part of the aging process and that there is nothing to be done.

However, even emotional changes can be due to something physical that’s lacking in your system. What if there were something that you could do, under medical supervision, that would help you to feel and look your best? It turns out, there actually is something innovative that may be able to help you. Here’s how it breaks down.

There are some issues that just seem to go hand and hand with getting older. Among these are:

Interestingly, these are also all symptoms that are associated with a low level of human growth hormone.

As the name suggests, human growth hormone(HGH) does stimulate growth, making it vital for children to reach their normal stature. However, it also affects cell regeneration, stimulates immunity, increases energy, and helps keep bones strong and muscles lean, among many other effects.

The amount of HGH in your system starts decreasing rapidly after age 20 until, by the time a person reaches just 60 years of age, it is 80% of what you had in your system as you exited your teenage years. If you combine that fact with the list of aging symptoms and the functions of HGH, you can easily see where one of the factors lies in how a person looks and feels while getting older.

As scientists started looking at the correlation between human growth hormone and the symptoms associated with aging, therapy using injections of synthetic HGH began to be implemented. Although patients have reported seeing some benefits from the therapy, there are also some negative side effects including carpal tunnel syndrome, enlarged hearts, and abnormal growth in tissue and bone. There is also a risk of overdosing with it and, in addition, HGH therapy is quite expensive.

The Future of Anti-aging

Another potential side effect from synthetic HGH therapy is shutting down your body’s own natural production of the hormone. Currently, some scientists are suggesting using peptidetherapy instead. Peptides are chains of amino acids. There are different types but, in this case, the therapy uses specific peptides that stimulate your body to produce and release its own natural human growth hormone.

Not only do peptides stimulate rather than shut down your HGH production, but this type of therapy also avoids all the other side effects listed previously of synthetic HGH. The potential benefits include improved sleep, loss of fat, greater energy, stronger bones, and better skin tone, among many more.

The bottom line is, growing older can be more graceful and healthier than you previously imagined. Not only can you look your best, but you can also feel your best, both physically and mentally. With more energy and stamina, you can be more active which stimulates HGH production as well. Taking the peptides under medical supervision ensures that you are following a plan that is perfect for your individual body.

So for now at least, the present and future of anti-aging is the use of peptides to stimulate your body’s own HGH production, making this a more natural way to address the effects of getting older. If you combine that with a healthy diet and exercise plan, you may be able to enhance those results even further.

In short, while aging is definitely preferable than not, the negative effects of it don’t have to be so extreme. With the right partner to guide you, you may even start feeling better than you did when you were younger!