What is the Difference Between Sermorelin and Ipamorelin? 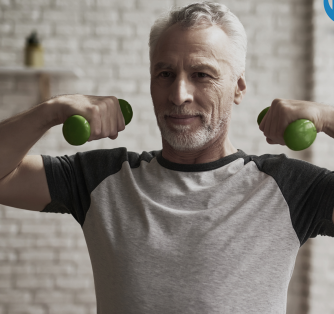 Though you may feel like you are on top of the world and living life to the fullest, once you reach the age of 30, your body moves into decline. More specifically, the production of the human growth hormone (HGH) starts to decline. While you may have never heard of this hormone before, it has been with you from infancy. It is the hormone that aids in the natural development of stature, muscle and tissue growth, and energy metabolism. Production is steady until you turn 30, which is the time period when many start noticing an increase in fat retention, loss of muscle mass, more fatigue, and increased emotional imbalances.

Can You Stop the Decline?

For those who have been on the lookout for a solution, a popular anti-aging treatment seems to hold the answers. You will find that HGH therapy addresses these different areas of decline and diminished performance, but you may have never heard of HGH or the peptides that help encourage renewed production. Let’s break down the process and components.

First of all, HGH is a hormone naturally found in the body. Every night the pituitary gland secretes what the body needs to control the growth and reproduction of the body’s cells and organs. As mentioned, reaching the age of 30 triggers a natural decline in production, but the pituitary gland continues to reduce production as you age. Once you are in your 40s, the levels of HGH have diminished by at least 40% of what it was when you were 20. Since HGH played a crucial role in the early developmental years, stimulating the pituitary gland back to full production can address the physical elements affected by reduced HGH levels. To create the needed stimulation, physicians often turn to peptides (GHRP) like Ipamorelin and Sermorelin.

This is one of the newest but highly effective peptides discovered in the growth factor family. It has been categorized as on the safest of the peptides, as it is a 3rd generation GHRP and is widely recognized as the cleanest of the category.  Ipamorelin functions as a secretagogue, which is a substance that works to get another substance secreted. It is also a Ghrelin receptor agonist, which helps promote the secretion within the cells found in the stomach. Its to regulate appetite and food intake. When it works to stimulate the pituitary gland, it can have several benefits.

It is considered one of the safest GHRPs because of the reduced risk of severe side effects. However, users may potentially experience water retention, lightheadedness, tiredness, numbness in extremities, carpal tunnel symptoms, and decreased insulin sensitivity.

First developed during the 1970s, this peptide is comprised of 29 amino acids with the purpose of encouraging the pituitary gland to more naturally increase its HGH production. Whether used alone or combined with GHRP-2 and GHRP-6, sermorelin can be a safe and effective way to help the body naturally increase its HGH output. It has widely been used in children who experience a growth hormone deficiency, but at the discretion of a physician, it can be prescribed for adults as well. It also has many benefits, when working with the pituitary gland. There is evidence that it can have a positive influence on the immune system, it can improve lean muscle, and promote more beneficial sleep patterns. Deep sleep is when the HGH is released in excess. The side effect varies from those of ipamorelin and potentially include itching, dizziness, tiredness, difficulty swallowing, headaches, flushing, changing taste, hives, vomiting, and restlessness.

Choosing Between the Two

Though each peptide can help stimulate HGH within the body, sermorelin acts to increase the product naturally. Ipamorelin is a synthetic administration, which could cause concern is used excessively. There is less of a health risk with sermorelin that is used excessively in addition to minimal impact on the natural production of HGH already occurring within the body. Both peptides should present benefits of increased libido and sexual performance, as well as improved functioning in the immune system. You can also experience increased focus, stronger heart health, faster weight loss, and improved sleep. Increased muscle gain, cellular regeneration, growth and repair, and bone-strengthening are also benefits of both peptides. Speak to a physician to find out which route will be best for your needs.