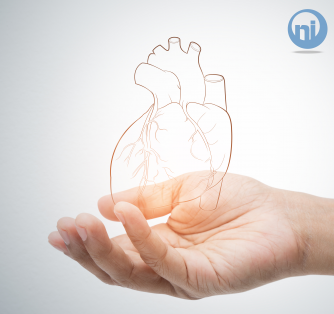 Peptides as an Anti-Aging Catalyst

It’s hard to believe that with all of the breakthroughs in technology and medicine there still hasn’t been a way to end mortality. However, there has been incredible progress in slowing down the age-related conditions that accompany the journey of getting older. Many people dread moving into double digits, thinking they only have brittle bones, wrinkly skin, excess fat, and low libido to forward to as the years fly by. This doesn’t have to be your story.

Though a lot of people celebrate their 40th birthday as being “over the hill,” the journey downhill starts much earlier. People tend to find more enjoyment and more life satisfaction in the older decades of life, as careers and families are more settled and routine. However, the body begins to decline as early as age 30. This is the time period where research has discovered a drop off in the production of human growth hormone. The pituitary gland produces high levels of HGH during childhood and adolescence. This hormone encourages cell reproduction and regeneration, and it also stimulates growth. When the production levels start to drop off around the age of 30, individuals start to experience breakdowns in various body functions and performance. These breakdowns are the more common aging complaints.

Bodies age differently, but there are some conditions that occur consistently over time. Individuals start to experience a drop in their energy levels, with fatigue and exhaustion showing up more often. It becomes harder to lose weight around the middle, though it doesn’t take any time at all to gain weight. There are mobility and strength challenges, with injuries and damage more likely during workout routines or daily activities. The body’s healing process also takes much longer, with simple strains or tears requiring more care and attention than what was normal back during high school years. The mind and emotions also undergo changes, with emotions rising and falling and cognitive functions starting to lag. With so many negatives, its no wonder than many are looking for the most effective anti-aging strategy to address these concerns.

The Introduction of Peptides

An exciting area of medical intervention against aging is the use of peptides. The body relies on short amino acid chains called peptides to help certain organs and functions continue without a hitch, though they also act a lot like hormones to send messages and encourage certain activities. The body naturally produces peptides in various glands around the body, as well as in tissues of the stomach, the brain, and the intestines. Peptides are generally much easier for the body to absorb and send through the system because they are small chains than proteins and get broken down more effectively. They also penetrate through the layers of the skin and intestines more easily, which gains them access more quickly to the bloodstream. Peptide supplements can come from animal or plant sources of proteins like milk, eggs, shellfish, beans, meat, fish, seeds, oats, soy, or wheat. However, the medical community has been able to create synthetic versions of these peptides to improve different areas of health and wellness. Two of these synthesized versions are Ipamorelin and Sermorelin.

Since research and development have brought many peptide supplements to the market for medical use, many patients have a lot of questions over which peptide therapy will be right for them. Some of these questions can be easily answered since insulin is a peptide specifically used to help those with diabetes. Peptides have bioactive properties that have a different effect on the body because of the sequence of the amino acids in the chain. For those looking to use peptides in the struggle against aging, a comparison between Sermorelin vs Ipamorelin can help you understand which product will be best. Since aging concerns are linked to the decline in HGH, the most effective peptide therapy will address this condition.

The Benefits of Ipamorelin

In regard to peptides that address the growth factor family (HGH needs), Ipamorelin is a highly desirable solution. Medical professionals across the country have deemed it as one of the safest synthesized growth hormone-releasing peptides. The GHRP’s are synthetic peptides targeting growth hormone secretion and cellular degeneration. Ipamorelin is a secretagogue, which is a substance whose function is to cause another substance to be secreted. It also a Ghrelin receptor agonist, which promotes appetite regulation and food intake from the secretion activities that occur in cells in the stomach. Ipamorelin is considered the cleanest of GHRP’s since it is a third-generation production. Through its focus on stimulating the pituitary gland, an individual may experience the following benefits:

Since peptides are found naturally within the body, there is a relatively low risk of developing severe side effects when using Ipamorelin. The body uses what it needs from the dosing. Ipamorelin has been heavily researched, and there have been cases when some mild side effects were documented. These included lightheadedness, water retention, headaches, tiredness, numbness in the extremities, carpal tunnel symptoms, and decreased insulin sensitivity. Ipamorelin isn’t like a peptide that you would find in a protein supplement sold as the health store, so it is regulated and distributed by a medical professional. As you are under a physician's care when on a peptide therapy program, you will be able to report if you experience any of these conditions.

The Benefits of Sermorelin

Sermorelin is another GHRP, though it was first developed back in the 1970s. The amino acid chain is also designed to stimulate the production of HGH naturally through the pituitary gland, and it can either be used alone or in conjunction with two other peptide compounds to encourage more human growth hormone in the body. While adults may be prescribed this compound for anti-aging concerns or other conditions, Sermorelin is more commonly used to treat children with growth conditions and health concerns related to low levels of HGH. Much like other GHRP’s, when Sermorelin is taken, it increases the HGH release and results in increased lean muscle development, a positive effect on the immune system, and better regulation of deep sleep patterns. Like any medication, there are some potential side effects. The most common ones reported include itching, difficulty when swallowing, changes in taste, dizziness, headaches, vomiting, hives, and tiredness.

While both peptides have a positive effect on the body, Sermorelin encourages a natural production of HGH while Ipamorelin is a synthetic version of the hormone. Since Sermorelin is a natural substance, the body doesn’t face extreme risk of overdosing or dependence on the substance to continue the body’s natural HGH production. Ipamorelin has the potential to become a substitute for the body’s natural functions that continue to decline. However, both offer benefits that address age-related concerns of low libido, poor immunity, bone and muscle mass loss, and low energy levels.

Since both compounds must be approved for use by a physician, you will have plenty of advice as to which therapy is right for you. The approach to anti-aging or health improvements depends on the individual, so a customized treatment plan will be created.