The Truth About Anabolic Steroids 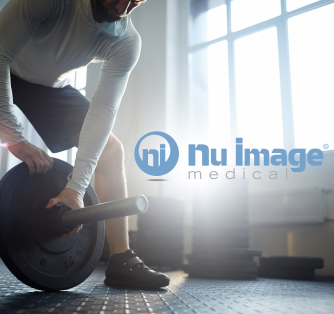 If you’ve ever been to the gym and stared in envy at the guys and gals that were unbelievably muscular, you may have flirted with the idea of trying out steroids to help improve your own bodybuilding efforts. Anabolic steroids, commonly referred to as Roids, Gear, Juice, and Stackers, are manmade variations of the male sex hormone testosterone. The medical term for the compound is anabolic-androgenic steroids since anabolic references muscle building and androgenic indicate an increase in male sex characteristics.

The Proper Use vs Misuse

In the healthcare industry, there are many situations where a health care provider will prescribe a patient a steroid. Sometimes it is used to treat delayed puberty, while other conditions include treating diseases where the side effects cause muscle loss. Certain cancers and AIDS have been known to bring this unwanted side effect. For athletes and bodybuilders, there is a temptation to heighten their performance and stamina through increased muscle mass, as well as improve their overall physical appearance. This has led to widespread misuse of steroids in these situations, even though professional and lower level athletic leagues prohibit players from using these compounds.

Men between their 20s and 30s (specifically who lift weights) is the primary demographic of those that abuse steroids. Women don’t general misuse anabolic steroids as frequently as their male counterparts, but it is a difficult statistic to measure since many national surveys omit this area of concern from their questioning. Teenagers don’t generally use steroids either, with a steady decline in the misuse of steroids occurring over the past few years for early high school students.

The Nature of Misuse

When people misuse anabolic steroids, it isn’t so much about the nature of the compound by the amount that is administered. People will either inject the steroid into the muscles, take them orally, or have a topical gel or cream that they apply to their skin. Each dosing could be anywhere from 10-100 times higher than the normal dose prescribed by a physician to treat a medical condition. There are a few patterns that are employed when misusing steroids.

The Effects of Abuse

As with any drug, there are side effects that accompany misuse and abuse. Rather than a short-term effect, such as causing a “high” or triggering a rapid increase in the release of dopamine, there can be negative mental health effects. Misuse can cause paranoid jealousy, delusions, mania, impaired judgments, and extreme aggression or irritability. Steroid use is also known to cause swelling in the body, especially in the feet and the hands, and it also is linked to severe acne. Abuse can lead to liver damage, kidney failure, high blood pressure, and an enlarged heart. These effects increase the risk of a blood clot, stroke, and heart attack, even for young users.

There are gender-specific conditions that can occur as well. In men, abuse can lead to shrinking testicles and decreased sperm count, increasing the risk of developing prostate cancer. It can also lead to the development of breasts and create baldness. For women, the use of steroids can reduce their breast size, change or stop their menstrual cycle, lead to low infertility, and create an enlarged clitoris. Women can also suffer from male-pattern baldness, while other areas of the body and face grow excess hair.  Any time there are changes made to the sex organs, it can increase the potential for mental side effects like a mood disorder.

Anabolic steroids may not cause the same type of high as an opioid or narcotic, but they can still lead to a substance abuse disorder. Addiction is the most severe form of these disorders, where people continue to misuse the compound despite the negative effect it is having on certain areas of the body and the cost to keep up the habit. There is nothing wrong with wanting to improve your appearance, whether trying to find an anti-aging product to help retain muscle tone or looking for a way to build your muscle mass. However, there are alternatives to steroids. Peptides are naturally found in the body to help with cartilage repair and generate muscle and tissue growth, and there are many synthetic versions available to meet your body’s needs. Peptides don’t have harmful side effects nor are they addictive. Check with your physician to see how peptides may be right for you.