The Future of Peptide Potential 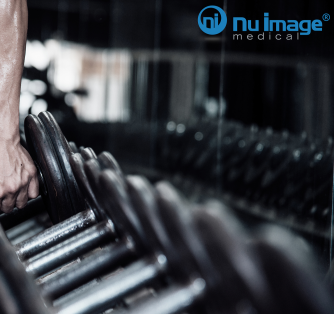 Many people are looking to science and research for cures for the ills that plague human life. While there are still cancers and diseases that have no cure, one area of bodily health affecting every individual on the planet is aging. Though certain demographics, genetic dispositions, or environmental hazards that contribute to a potential cancer diagnosis, each person will suffer from the aging process regardless of their environment or body composition. The symptoms of aging may play out differently with each person, but there is no cure for underlying cause and end-result of aging.

Attempts at Stemming the Tide

Throughout history, thousands of anti-aging protocols have been developed. Some ancient civilizations used the consumption of herbs or animal by-products to improve longevity, while others have relief on ancient practices of meditation and a three-part alignment of body, mind, and spirit to improve wellness. Modern medical improvements have introduced chemical formulas like Botox or collagen-infused creams to help smooth out aging skin and discolorations, and there men and women alike have watched their wrinkles or age spots fade with medical intervention. Peptide therapy has been another form of anti-aging treatment, especially when the peptide injections target HGH production. As a body ages, it produces less human growth hormone, the results of which are unpleasant and often associated with loss of libido, weight gain, muscle deterioration, and cognitive delays. The peptides are introduced to the body through injections and work with the pituitary gland and hypothalamus to natural increase the production levels of HGH within the body. Because the injections target the body’s natural response to improved development, many who have used peptide therapy have gained an increase in muscle mass, had improved stamina and strength, had higher energy levels, experienced an increase in sexual desire and drive, had improved cholesterol profiles, and had skin elasticity and immune systems improvements.

Although you may know what peptides do for aging, you may need to know what they are in order to understand the current medical limitations of peptide therapies. The human body relies on the works of small amino acid chains (or proteins) to control and jump-start may of the functions within the body. Peptides are the shortest forms of these protein chains, and they act as messengers the various areas of the body. Examples of peptides include insulin, which controls the metabolic rate of sugar for the body, and cyclosporine, which helps suppress organ rejection after a donor transplant has taken place.  Currently, the most effective way to manipulate or improve your body’s peptide responses is through direct injection of the peptides into the body. They are effective in their uses because of the body’s natural use as a signaling molecule, and the ability for the peptide chain to be recycled back into the body’s system without harmful accumulation or the need for a detox. In spite of the fact that there are over 500 peptide-based medications currently in clinical trials around the globe, peptides aren’t being used to their fullest extent because of the restricted administration to an injection.

Even though peptides represent a billion-dollar market, they can only effectively be administered through injections. If they were able to be dispensed through oral medication, it would revolutionize areas of practice and physical health. Fortunately, a research team in Munich, Germany has discovered an acceptable alteration to the peptide chain that would allow peptide medications to be consumed as a tablet or liquid. The struggle for peptides has been the digestive tract, as there are countless enzymes located within the stomach and intestines that break down the peptide bond. Simply modifying the compound to survive the gastrointestinal tract is just the first problem. The structure of the cells within the intestinal walls prevent peptides from being absorbed into the blood. However, the Munich team has found a way to crack the structural code of peptides, making it possible for oral administration in the near future. These advancements serve to benefit those looking for a way to combat aging symptoms and improve bodily health.

The work of the team in Munich has resulted in over 50 variations of peptide bonding and cellular testing to improve the absorption and efficiency or orally ingested peptides. Potentially winning combinations have proved effective in trials involving mice, showing similar results between peptide functions that were orally targeted compared to injected forms of the amino acid bonds. The evolution of peptide synthesis and bodily introduce may never be able to win the battle against mortality, but the results of improved peptide assistance for bodily areas in control of aging symptoms could greatly increase human longevity.