Sermorelin vs HGH: Is Sermorelin a Better Choice? 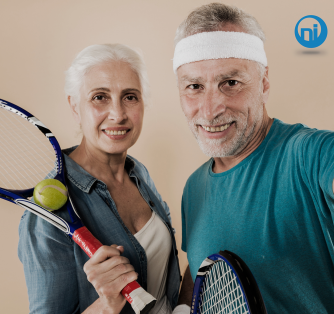 There is a constant search for the fountain of youth. Everyone wants to look younger and hold onto their youthful looks, but time is something you cannot stop no matter how hard you try. The years will continue to go by.

Because of this, there are many products, devices, and methods of treatment on the market catering to helping you look young and getting rid of the signs of aging. Lately, the move has been towards more natural approaches since people want to work with their bodies to naturally bring out the beauty.

Human growth hormone has been a go-to product for its anti-aging effects, but there is a new kid in town giving hGH a run for its money: sermorelin.

Sermorelin is a bioidentical synthetic hormone peptide. It contains 29 amino acids and helps to reduce aging by encouraging the growth of new muscle as explained by Space Coast Daily. It's also great for brain health and can help grow new tissue.

It works by stimulating the pituitary gland's hormone production. This helps to replace hormones as your body starts to reduce production when you get older. It also provides a boost to your metabolism.

Sermorelin provides varied benefits since it works naturally in your body. It really depends on how your body reacts. People say that it can help increase weight loss and boost energy. They claim it increases endurance and strength as well. When it comes to aging, it can increase collagen production and improve your bone density.

Important Things to Note About Sermorelin

When looking at sermorelin and hGH, one of the standout points is that sermorelin is not a growth hormone. It only acts to stimulate hormones in the body. This will have a few effects. It will help ensure that your body reacts naturally without too much manipulation. It also will let your body be in charge, which means there no chance of hormone overproduction.

Another important point is that the cost of sermorelin is much less than that of hGH. Part of the reason is that hGH is highly regulated, according to Aging Matters. The government has put many restrictions on it and classified it as an anabolic steroid.

Because of that classification, it is much harder to find hGH. The law of supply and demand is at work here, making the cost of sermorelin much lower because it is easier to get. It doesn't have the legal restrictions that make it hard to get like HGH.

Also, when thinking about the cost of sermorelin, you have to consider delivery. Sermorelin is something you can take in various forms, but HGH requires injections. Whenever you need to inject something like this, it often means you'll have more doctor appointments, which only adds to the overall cost.

In addition, hGH requires blood monitoring, which also adds more healthcare costs. The cost of sermorelin doesn't include that because you don't need that type of intensive care when using it.

Finally, there is a similarity with sermorelin and hGH in that you need to get from a doctor. You have to have a prescription for them both, which means they will cost more than anything you could get over the counter. So, you want to factor this into the cost of sermorelin and hGH.

Direct Comparison of HGH and Sermorelin

Beyond the two main points, you also need to consider each option on its own and the effects it can have on your body.

HGH is known to cause serious side effects. It creates an unnatural condition in the body, and long-term use is known to have a profound impact on health.

The U.S. National Library of Medicine explains that a medical professional must give you the proper dosage of hGH because wrong dosing can cause some issues in some patients. It is risky to try to use it without medical oversight that can monitor every aspect of its use to protect you against the negative effects.

Furthermore, the way that hGH works is it introduces hormones into your system. These are not naturally occurring in this amount, so it can mess with your normal physiology. This can lead to the side effects.

Looking at its anti-aging effects, hGH can slow down the process. It is often a treatment for diseases related to aging. It stimulates the pituitary gland to speed up the production of your growth hormone, which reduces as you age, to help you continue to reap the benefits.

According to the Mayo Clinic, hGH treatment is for deficiencies that are not normal. Experts do not suggest its use for aging-related reductions in hormone production. However, studies on its use in this manner are not very good. They have conflicting determinations and it is really unclear if there are actual benefits from using it.

Sermorelin is quite different from hGH in the way it works and how the body accepts it. It stimulates the body to produce more growth hormone. It cannot overstimulate and the body will not overproduce the hormone. So, it has a balance that gives it a more natural effect.

Because of the way it works, it is a much better option to combat the age-related decrease in hormone production. It is much more normal for the body to receive the message to produce the hormone than to have it thrust upon it in the way that happens with hGH.

Sermorelin can reverse some of the signs of aging. It can help stop the increase of fat and decrease in muscle that naturally occurs. It also can give you more energy and make you heal faster.

Furthermore, sermorelin does not have the side effects that hGH has. When it does produce a side effect, it is mild.

The bottom line when it comes to hGH and sermorelin is that they both attempt to do the same things, but the approach is much different. It is this difference in approach that makes hGH riskier to use and increases its side effects.

You can get the same general benefits, at least for anti-aging, from sermorelin that you would get using hGH without all the risks. You may have mild side effects from using sermorelin, but you won't have the major and severe issues that experts have linked with hGH, such as an increased risk for certain cancers.

If you want to look into hormone replacement treatments to help you combat the body's natural reduction in the production of hormones, then you probably should consider sermorelin before you think about using hGH.

While both naturally occur in the body, only sermorelin can work in a way that mimics your body's regular habits. It is gentler and does not disrupt the hormones or the endocrine system in the way hGH does.

There is a place for hGH, but it is not an anti-aging treatment. You are far more likely to be happy with the results of using sermorelin for this purpose. If you have the option between the two, then consider making the choice that makes the most sense and will not leave you with concerns over side effects, long-term effects, excessive costs, and difficulty obtaining it. Choose sermorelin over hGH for a more natural way to stop the aging process.