Looking for the Secret Weapon Against Aging? 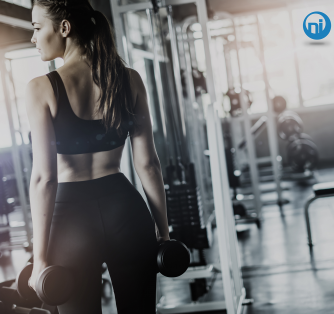 When it comes to preventing the hands of Father Time from messing with your youthfully good looks, you might feel like there is nothing that you haven’t tried or won’t try to keep from looking old. Whether you have spent your entire life guzzling H2O or you have slathered your skin in sunscreen, it seems that there are some things you haven’t been able to prevent in your fight against aging. Aside from the synthetic hair coloring you use, have your efforts kept your strands of hair from turning a beautiful silver-gray? Have you been able to prevent the wrinkles from forming? There are lots of things you can do to help slow down the effects of aging, but there is currently no long-term cure for the entire process and the potential end result of death. Aging happens to everyone, and yet, not everyone takes advantage of the anti-aging protocols that can help reduce the impact it has on their life. There are a few secrets that can help you slow the roll of getting older.

If you have previously made fun of the hippy lifestyle that embraces the silence of nature and patiently attempts to quiet the mind, you may need to curb your laughter and exchange it for some deep breathing and a quiet “huummmm.” Your brain can handle lots of things throughout the day, but sometimes you can overload and overtax it in such a way that it acts a little frazzled. Meditation is an exercise routine for your brain that helps re-center your focus, making you more calm and present throughout the day. When considered as a technique to fight aging, some studies have connected regular mediation to less age-related mental decline in the brain. The practice is also known to help reduce stress, a condition that induces premature aging and takes a heavy toll on the body and mind. As an added benefit, meditation can be done anywhere, at any time, and it is free. This means everyone can take a proactive stand against aging.

Some people have only heard peptides used in the context of athletes or bodybuilders. However, peptides play a useful role within many different areas of the body and have already been included in many creams and serums that address aging concerns. The more commonly peptide-fortified products are the anti-wrinkling and anti-aging creams and serums that are found at beauty counters across the nation. Peptides are small protein chains that work within the body to deliver messages of instruction and support to different areas, almost working as a hormone does. When aging is the reason for concern, the HGH therapy program administers doses of peptides that trigger a response of increased production of the human growth hormone. This is the hormone in the body that aids in developing and maintaining muscle mass, improved energy, fortifying bone density, and fighting off cellular aging and death. Peptides can be used for aging conditions that are more than skin deep. The serums, however, deliver the ingredients of skincare maintenance and prevention to the direct area that needs attention. They are often higher in price that a typical moisturizing creme, but the contents are concentrated and potent.

Known for being an aromatic and pungent component of curry, turmeric doesn’t have to just be a kitchen aid. While many populations have long relied on the spice for its intense flavor, this delicious dinner aid has been researched as effective support for body and brain health. Some researchers are calling it the most effective and powerful nutritional supplement on the market, but provided by Mother Nature herself. Turmeric contains powerful antioxidants and it has strong antibacterial properties. Combined, this power helps to heal skin concerns like eczema or psoriasis,  clear blackheads, acne and works to smooth hyperpigmentation. Although bright orange in color, some individuals have found that adding a bit of their moisturizing routine has helped their skin heal more quickly from undesirable breakouts while also improving the overall look of their skin.

The occasional Friday night pizza plan is fine for most people, but if you want to send aging a message, you need to overhaul your diet. The inside health of your body contributes to exterior health, and eating foods made from natural ingredients and without processed sugars or starches is key. Your body needs a wide variety of vitamins and minerals to function on a daily basis, but when you are trying to boost your health to combat destructive aging tendencies, you need to fortify your intake.

Preventing aging is a process that needs attention long before you get on up in double digits. These four secrets can help you take a proactive approach to preserving your body as you age.