Fight Aging With a Cup of Joe 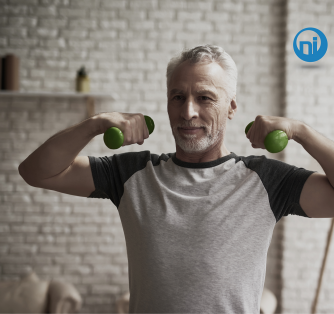 It’s always a good day when the latest health trends or reports show that something once considered a poor health habit may actually have some surprising benefits. The world responds with a rush on the candy aisle once the benefits of dark chocolate were published, and there has been similar excitement over the repeated results showing several key health benefits associated with caffeine consumption. Raise a cup of Joe or toast your employees around the coffee pot as learn how coffee can change your life.

The Facts on the Fuel

Coffee drinking is a habit enjoyed by old and young alike, though Gen Xers and Baby Boomers tend to drink their black and stiff, and Millennials prefer flavors and exotic blends. Some drink it for the flavor, while others are simply in a habit. Some drink it for the jolt of energy it offers, while others sip on a cup as a cultural activity. While all doctors warn of consuming caffeine (and therefore coffee) in moderation, there is some surprising research about how caffeine may be an anti-aging agent. While it won’t be as effective as following a formal protocol like HGH therapy to address muscle loss or poor skin tone, the different areas that caffeine can impact may have a positive impact on a healthy aging journey.

As individuals age, there is a lot of concern with slow-moving bowels or decreased digestive health. Many individuals look to increase their fiber intake in order to compensate for these changes. According to the Journal of Agricultural and Food Chemistry, a cup of coffee can give you up to 2 grams of fiber. The daily recommended need is about 20-38 grams. The liver is also said to be positively impacted from one or two cups a day, with a study revealing that caffeine lowers the liver enzyme levels of a drinker, reducing inflammation and protecting liver cells from damage associated with cirrhosis. The pancreas is although thought to reap the benefits of a moderate caffeine intake each day, with studies showing that coffee drinkers reduce their risk of pancreatitis and type 2 diabetes. Though not a cure for the condition nor is such a high intake recommended, one study found that those who drank at least six cups or more of coffee a day lowered their risk of diabetes by 22%. The anti-inflammatory and anti-oxidative properties of caffeine are thought to be linked to reducing malfunction in the pancreas, the organ that impacts the body’s ability to regulate blood glucose levels.

There is a lot of concern that older individuals are susceptible to mental health issues, often suffering from depression or anxiety. Aging individuals deal with mobility limitations, deaths of friends or loved ones, and concerns over the future. Studies have linked coffee drinkers to reduced risks of both suicide and depression. The Harvard School of Public Health found that women who drank at least 4 cups of coffee a day reduced their risk of depression by 20%. Caffeine is a stimulant, offering a burst of energy that can improve mental awareness. It contains chlorogenic acid, ferulic acid, and caffeic acid, which leads to inflammation in the nerve cells of the brain (particularly found in those suffering from depression.

Statistics say that someone in the world develops dementia every three seconds, and the risk of cognitive decline rises as an individual ages. Research has shown a positive impact on the use of caffeine to protect against dementia and other neurological conditions like Alzheimer’s disease. One study revealed that certain compounds in roasted coffee thwart the build-up plaque in the brain associated with Alzheimer’s. Another study found that coffee drinkers have a reduced risk for developing Parkinson’s disease even when genetic factors increase the risk. Caffeine is said to reduce neurological inflammation, a trigger for these conditions as well as multiple sclerosis.

The earliest uses of coffee to promote longevity are linked to Ancient Greece, who relied on the flavorful brew to also improve heart health. As heart disease is the number one killer around the world, and caffeine is linked to a reduced risk of the condition, coffee drinking could extend your life. When you are already on the aging journey, it is good to know that something as routine as breakfast could help with giving you more birthdays.

Coffee, like many other substances, comes with both pros and cons. Physicians warn of too much caffeine intake, so don’t substitute your medications or treatment plan for a steamy mug of coffee. However, if your habits lead you to the coffee pot each morning, take heart. You could be doing your aging body a favor.