Binge-watch Your Way Out of Quarantine 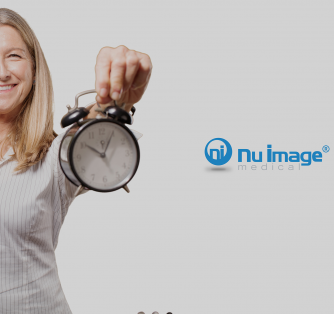 There is a global effort to slow the spread of the coronavirus with shelter-in-place orders and social distancing regulations. As people all over the world have had to avoid public places, much of their time has been spent indoors with family and their digital devices to keep them company. Many of the entertainment leaders and streaming services have revamped their lineups over the past few weeks, giving people unprecedented access to new releases from Hollywood as well as streaming service-specific shows and series. Some of these have taken the world by storm, with social networking memes exploding in response to some of these very popular and binge-worthy shows. If you’ve outrun your re-runs, check out these highly-talked about entertainment options.

Out of all the pop culture icons that will emerge from the pandemic, the bitter yet sensational rivalry between Joe Exotic and Carole Baskin will probably be the chart-topper. The Netflix docuseries has commandeered the attention of just about everyone, with President Trump being asked to weigh in with his opinion during a White House press briefing. The series follows an Oklahoma zookeeper that held a prominent place in big cat ownership and breeding rings (specifically tigers). The series shows the wild twists and turns of Joe’s political ambitions, his vicious and public feud with Baskin (who has her own wave of conspiracy interest given the disappearance of her millionaire second husband), and his less-than-ethical treatment and dealings of both employees and animals in his zoo. This one really stirs up skepticism, leaving you asking “Did Carole Baskin kill her husband?” and “Was Joe framed in a murder-for-hire plot?”

Another Netflix winner, perhaps for the eerily similar situation that contestants on the hit reality show find themselves in. Rather than being forced to quarantine, these contestants have voluntarily given up their freedom to remain sheltered in tiny apartments in hopes of winning $100 thousand at the end. Contestants can only communicate with one another through a social media platform called “The Circle,” and the winner is the one person who isn’t “blocked” by any of the other contestants at the end of the show. There are 12 hilarious episodes to watch, and although it gets your mind off your current situation, you will see how social media can really distort relationships, trust, and perceptions of others.

In a time where stress and frustration are reaching impossible coping levels, adding some levity to the situation can make your quarantine stay more manageable. In fact, laughter is good for both the soul and body, with some reports showing that laugher is good for an anti-aging strategy. When you laugh, your body produces a beneficial growth hormone, helping to improve longevity. In this Amazon series,  Miriam Maisel finds her perfect world turned upside down when her husband leaves her for his secretary. In a spur of the moment decision, Maisel delivers an impromptu routine on the stage where her husband once worked, discovering she had a talent for stand-up comedy. Her journey through the cafes and clubs of New York is filled with laughter and drama, hoping to lead her to the big stage of the “Tonight Show.”

Stop worrying about what is going on on Earth for a while and get your mind on the problems in the cosmos. With several seasons to sleepily wade through on Hulu or Amazon, the series follows a team of explorers who traverse the galaxy through a wormhole. The sci-fi theme of the shows is never short on action, with plenty of changing plots and storylines to keep the whole family interested. You may find your faith in humanity renewed after a few episodes, creating a glimmer of hope that the earth is going to survive this mess.

Disney+ has been available for several months now, but if you haven’t had time to sit down and get to know the service, you should start with the Mandalorian series. No doubt you have seen the “baby Yoda” memes or heard about the cuteness overload, but the one season release is still pretty intense even without the adorably created little green guy (whose name isn’t even Yoda). Some consider the series overrated, but for anyone with an interest in the Star Wars franchise, it is well worth the watch. The plot follows a bounty hunter doing his best to stay away from the New Republic while getting tangled up with caring for the Child. With only eight episodes, it won’t take you long to catch up on the baby Yoda craze.

Though binge-watching Netflix or other streaming services can help you pass the time during COVID-19, don’t put all your energy into couch and channel surfing. Be sure to get in some time to exercise each day, rewarding yourself with a new show or episode once your workout is done.